Gym Inductions, are they worth the time and effort 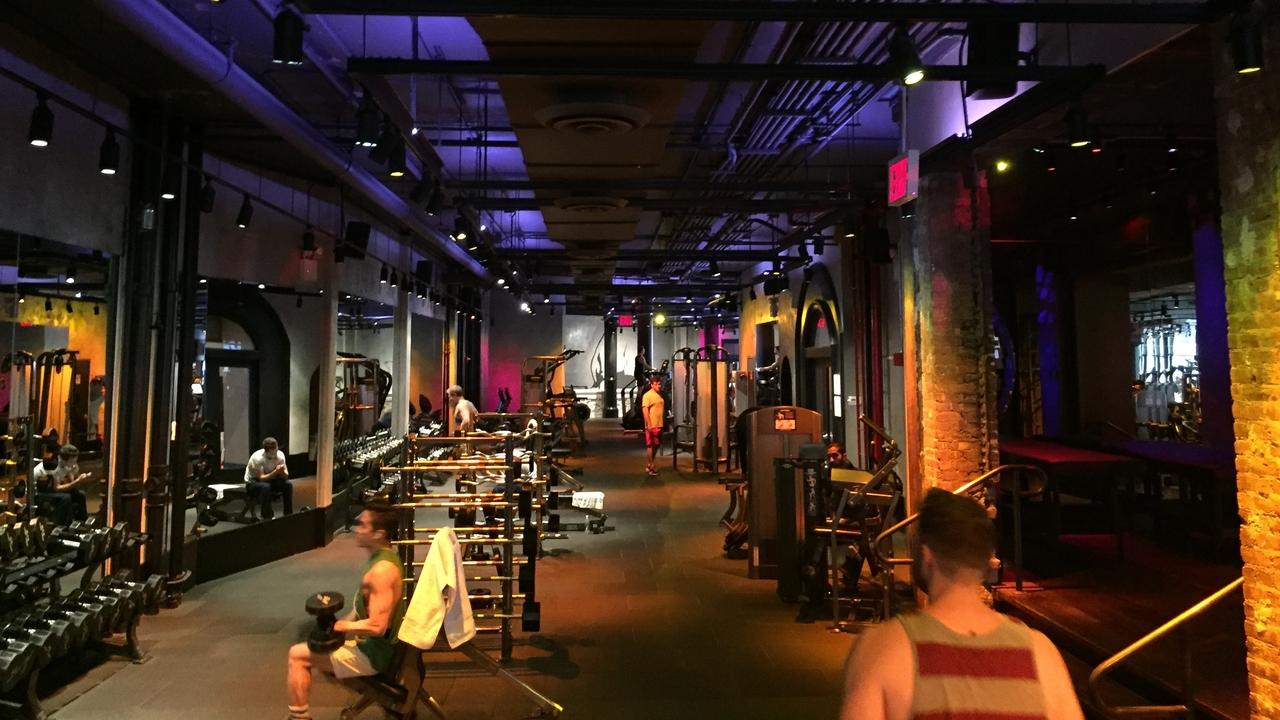 A question I get frequently asked about by operators is, should we continue to provide gym inductions for our members? A number of operators have now decided that they've pretty much foregone the standard gym induction or the traditional gym induction and others are questioning the validity of that or the reason for doing that. Look, let me point out right from the start, gym inductions in the past were almost a necessity because there were so many people who'd never used a fitness club or a health club but they needed to be orientated to the equipment, they needed to be taught how to get the best out of our cardiovascular machines and our resistance machines. However, in a more maturing market, what we're seeing is lots of people have had health club memberships before, and so when they come in they may not need a standard or routine type gym induction to get them started

Is there a value in having a gym induction? Most definitely. We know that gym inductions can add up to about seven months of additional membership. That might mean you're that if you're only keeping them one or two months, adding seven is going to bring you up to nine. If you're already doing longer than that it may have less of an impact, but it's certainly going to be an experience that worthwhile for some of your members. Just bear in mind, you can add seven months. Now, what would seven months of extra income do to your business

As part of my PhD studies I looked at the gym induction process, and it was at a time when three out of ten people joining a health club had been a member of a club before. Now in the more mature markets we're talking about seven out of ten people who walk through the door have been a member of either your club or another club previously. Therefore, they may not need this standard gym induction. It used to be that everybody had to have an induction. In fact, I know off the back of the research that Dr. Melvyn Hillsdon did back in 2002, he identified that people who came at least once a week for the first four weeks of membership stayed up to 13 weeks longer. A lot of people interpreted that in a way that was, "Okay, how do we make people stay longer?" They put lots of meetings and induction processes in and forced everybody in. I don't agree with that. I don't think we should be forcing people into an induction that is of no value to them.

The more traditional gym induction was pretty much a tour of the gym teaching them everything. It was a tick box process to show that the instructor could teach the equipment, but also they could tick the box saying, "We've covered our arse in terms of insurance. Uh, if anything goes wrong now that's not down to us, that's down to the member." That's not a member experience. That's not going to help create any sense of loyalty or belonging within your club. It is just literally a process for process purposes. I'm not saying you shouldn't have it, but what I am saying is, you can actually enhance the whole experience for somebody if you really think about what you're doing.

Those traditional gym inductions were often a group of people congregating at a set period of time, say, seven o'clock on a Friday night, all standing around, huddling around a multi-gym piece of equipment or some very basic resistance machines, and an instructor who at the time was probably a really limited resource would demonstrate a number of the exercises, maybe get one or two people to join in, and at the end of the hour would say, "Now you are free to come and use. You've been inducted onto the equipment." That's just for insurance purposes.

Now, some of those operators that chose to have multiple appointment gym inductions after the research that Melvyn produced, were forcing every member through the same journey. It was an experience that was appropriate to some but not appropriate to everybody. David Lloyd created what they call their David Lloyd Experience. Banana Leisure had the Boomerang Programme. Dragons had the Dragons Promise. Whole variety of things that said, "You must come for a first appointment, a second, a third, a fourth." If you look at the figure on it, the number of people turning up for the second, third, or fourth appointment was actually very, very low. What's the reason for that? They didn't see any value in it. They couldn't understand why they couldn't move straight into using the gym.

If you are using a multiple appointment process, and that's fine, it has a lot of validity, you don't give it to everybody, you don't give it to the experienced exerciser who knows what they're going to do. In fact, when you're looking at designing your gym inductions and the processes around them, you need to map out who the induction's for. You may end up with two or three different induction processes, depend upon the experience, knowledge and desires of the members walking into your club.

What are you trying to achieve with your induction? Is it a health and safety checklist that you want ticked off? Or are you trying to create an experience for your new member? Now, your new members are going to fall into a number of different categories. Some of them are going to be experienced exercisers. Some are going to be completely new and have never walked into a gym before. Others are going to have medical problems. Possibly the fourth group and the one that's most overlooked is actually the yo-yo exerciser. This is the person who started but never really got going. They may have been a member of your gym before on several occasions or of other people's gyms. They come, they try, they fall out. They come, they try, they fall out.

What is the purpose of your induction? Now, I'm going to suggest to you there's a number of things that your induction should try and achieve. One of them is about building confidence and competence in the new member. Confidence in the use of the facilities and how to negotiate their selves around the facilities and competence in the use of the equipment that you've taught them or the machines you've taught them during that induction process. Would I teach every machine? Certainly not. I'd teach just the relevant machines to that person. If you've got a new exerciser, just a few exercises to get them going, help them learn, build their confidence.

You're also looking at trying to achieve skill acquisition. They're going to build a skillset. If they're new to exercise, these are a new set of skills and we have to think about how we're embedding those skills into that person's behaviour. We also want to do some relationship building. We want to get the member feeling like they're valued, they belong, there's a purpose to this induction and that it has a value for them. The induction at some levels is obviously going to establish how competent the staff are. Real competence in, "Here's someone I can go to if I have got questions, if I am stuck, who's going to show me how to use the equipment in a way that's most effective and a way that's not going to injure me."

The other thing that you'll probably want to try and achieve with your induction process is the requirement of a next visit, that follow up procedure of, when are they coming back in? For a lot of people coming in the first time creates a lot of anxiety and stress, but there's someone there to hold their hand. The next time they come in, once they've completed their induction, often they're going to be left to their own devices. You don't want to teach them so much that they can't actually come in and access the equipment, because they've just been overwhelmed with all the information that you've given them.

Now, some exercisers, the ones I refer to as the savvy exercisers, they're probably not going to need the traditional type of induction. If they have been exercising on a regular basis, in fact, your traditional induction, if it's just CV and resistance machines, may not even cater for them. They might be into their functional training. They might be into their free weights lifts. If you're going to show them CV and resistance machines, which they're never going to use, they're not going to value the induction at all. They're just going to resent the fact you've taken up time.

That's why so many people are booking or having inductions booked for them but then not showing up, because they're going, "Well, actually, what you're going to teach me isn't relevant to the things that I'm actually going to do when I come in." Just remember this, if they don't see the value in what you offer, they won't come. Maybe the things you need to think about is how you're going to link the relationship between your sales team and the gym team in terms of that handover process, so the sales team get really good at explaining the value and the benefits of a gym induction.

In summary, what are we talking about? We're saying, gym inductions have value, they add months to membership, which increases either the likelihood of renewal at the end of a 12 month agreement or 12 month contract or they add months to your month by month membership. In terms of value financially, they have a financial value. They have a value to the new exerciser, the new member, in terms of it's going to orientate them to the gym, help them on their journey, building up their confidence and competence around using the equipment. For the savvy exerciser, they probably need something different. You're probably just going to orientate them to the gym and maybe point out a few things that they're not familiar with in using your gym compared to where perhaps they 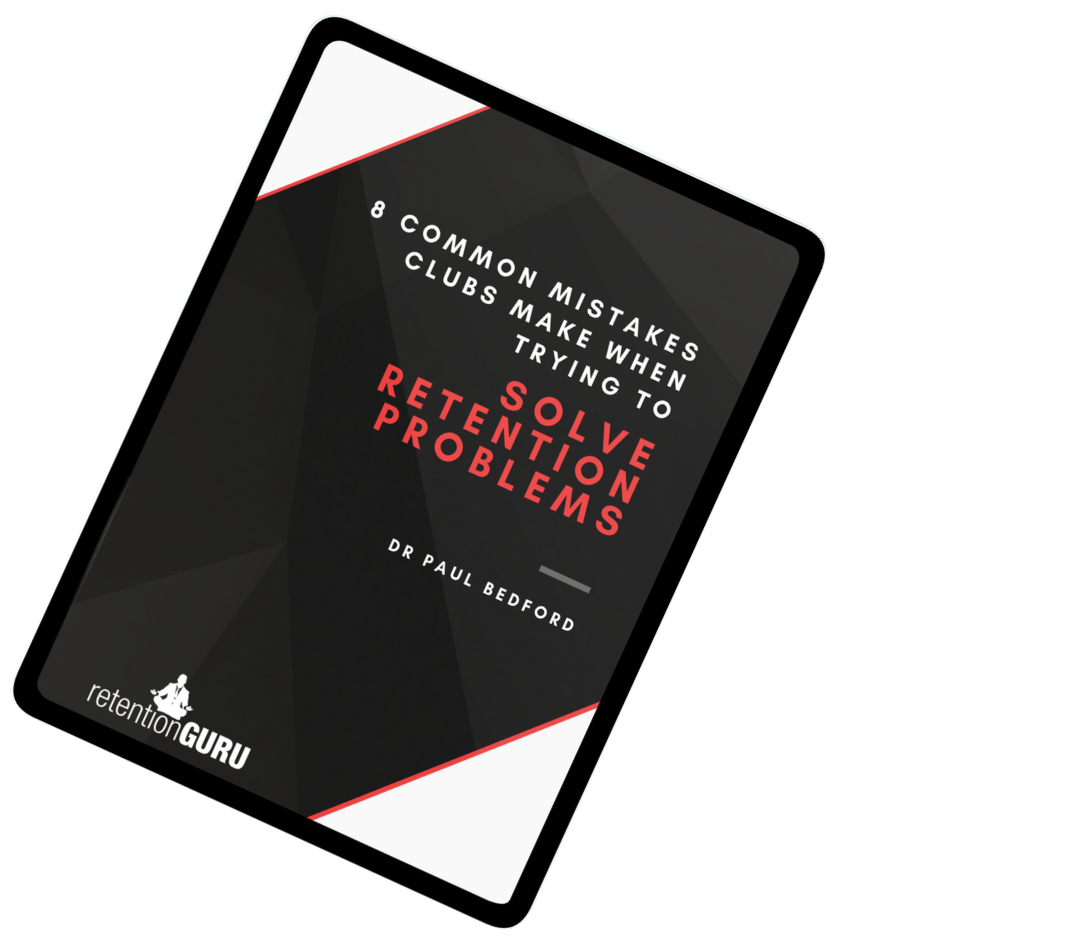