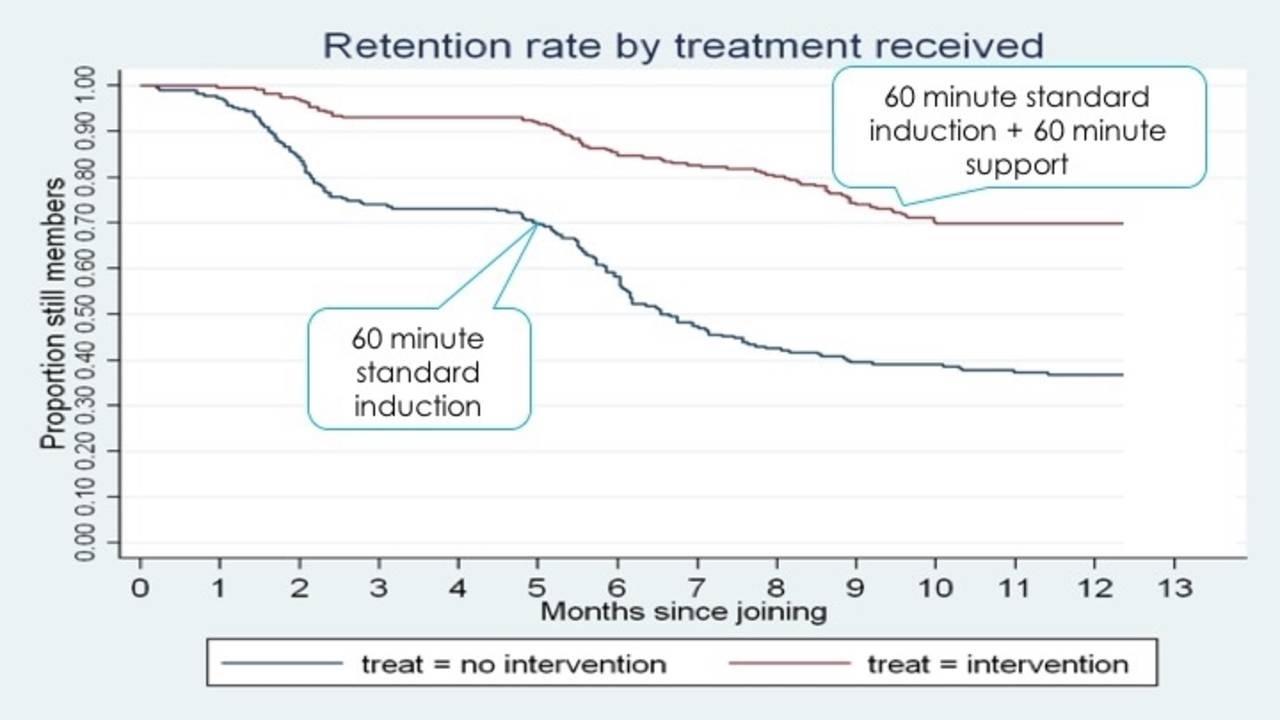 Retention has been a key business issue in the fitness industry since the first retention report produced by Dr Melvyn Hillsdon in 2000. This was the first report on the topic to use scientific methods for reporting what was actually going on within clubs. Subsequent reports began to unravel the behaviours of members during the adoption and maintenance phases of membership. A key element identified early in the reports was that members who visited their club at least once per week in the first four weeks were more likely to stay members over the longer term.

As a result of this many operators rushed to develop gym induction systems forcing members to attend multiple appointments to ensure this four visit frequency. Little thought was given to the content of the inductions beyond extending the amount of equipment that was introduced. This lead to inductions processes that increased time with an instructor to 2-5 hours over multiple appointments. Little consideration was given to the needs and preferences of the member with many of these processes being the new compulsory requirement for gym use.

Some early discussion with Dr Hillsdon during an IHRSA conference in Phoenix led to an invitation to conduct a study of these approaches as part of the processes for completing a PhD. A PhD requires new knowledge to be generated adding to the existing knowledge within the academic filed. A systematic search was conducted of nine electronic data bases generating 3027 results, 92 of which were thought to be relevant and culminating in just 34 papers that reported on increasing physical activity. None of which were about increasing physical activity in a gym environment.

Key elements identified for success at change physical activity behaviour form these studies included one to one support, multiple appointments and the inclusion of behaviour change strategies especial those based on the principles of Social Cognitive Theory (Bandura 1977).

It was agreed by myself and Dr Hillsdon that a randomised controlled trial (the gold standard research method) would be the best way to test the effect of differing interventions. 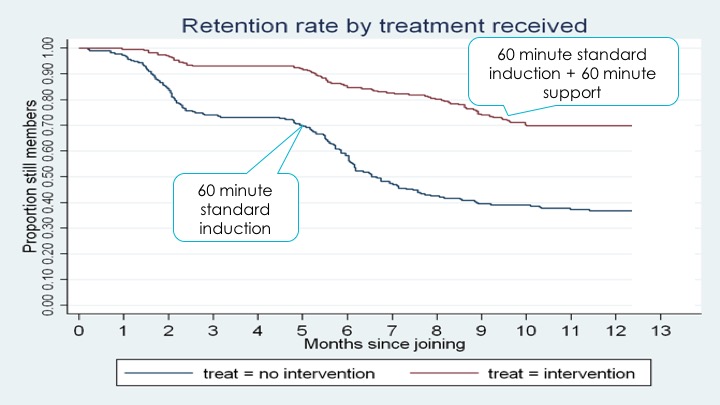 A suitable venue was identified in the Central YMCA club situated in London. They were approached and agreed that the study could be conducted within their facility. Existing fitness staff were trained in the intervention delivery as they would be responsible for the inducting the new members.

Four hundred and seventy five new members were recruited into the study over a five month period. New members were randomly assigned into either a control group, which consisted of the clubs standard sixty minute induction or the intervention group. Based on the principles of social cognitive theory  a multiple appointment induction process was developed.

Three key factors govern the principles of  Social Cognitive theory, they are that behavioural, personal and environmental factors all interact to create a change and that a change in one will have an effect on the other two. Developing an induction based on this and the existing literature led to an appointments system that had four sessions. These sessions reduced in time form 60 to 30 to 20 to 10 minutes in length. The first session was a standard gym induction, sessions 2, 3 and 4 included behaviour change principles included as well as time to recap exercise equipment. A key element to behaviour change is self-efficacy. This is the belief in your ability to be successful. Exercise programme design was tailored to meet the individual needs of the member, with an emphasis placed on simplicity and low intensity in both the cardio and resistance components. Each of the four appointments were designed to be delivered independently over a four week period. This allowed provided the member with an opportunity to meet various fitness staff during the initial weeks of membership. Sessions also included an opportunity for the member to demonstrate how they had progressed between sessions.

The members were followed for 12 months to observer changes in frequency of activity, exercise intensity and psychological processes (self-efficacy, outcome expectation and outcome values).

Survival analysis was used to calculate the results of both induction processes. When all other factors age, gender, exercise experience, distance travelled from home or work and psychological processes were all taken into account, this study produced the following results. At 12 months 70% of the members that had received the behaviour change based induction were still members, compared to 38% who had received to standard sixty minute induction (figure 1)

Over the 12 months of the study exercise intensity rose gradually from moderate activity to vigorous. Overall visit frequency did not increase with the average weekly visits remaining at 2 or less.

Members in the multiple appointment induction also reported increased levels of confidence about using the club and their ability to maintain exercise in the future.

It is possible to increase membership length by manipulating the induction processes. It does not require specialist staff. However not all new members require the additional support. All the staff delivering the intervention at the YMCA were existing gym instructors with at least a level 2 NVQ with additional training in behaviour change techniques based on social cognitive theory. It is important to ensure that new members are successful in the early stages of their membership. Avoid over complex and high intensity exercises during the early phases as members will gravitate to this if they wish to over time.